Proud to be Surinamese! Yes, inhabitants of Suriname are often very proud of their country.

Proud to be Surinamese! Yes, inhabitants of Suriname are often very proud of their country. 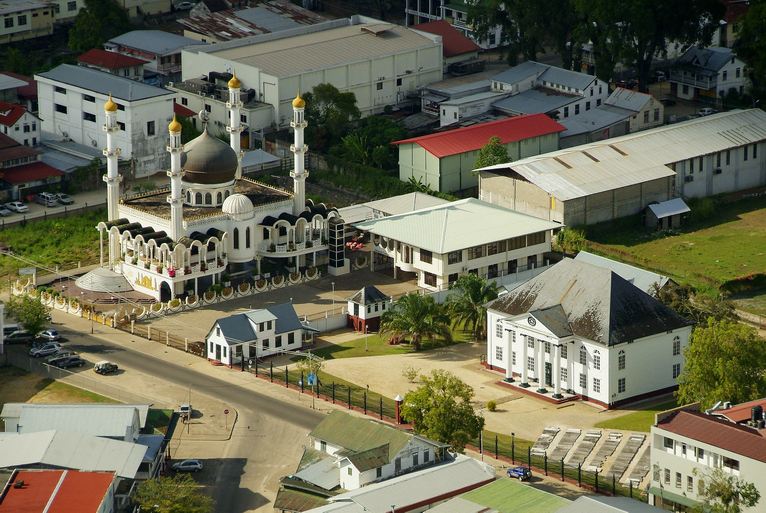 The culture
The picture of a mosque next to a synagoge has often been portrayed as the example of unity between the different cultures in Suriname. During the past centuries, the blend of cultures between inhabitants with an Amerindian, African, Asian or European background has organically grown into a culturally diversity that would make many western countries jealous.


While diversity is excepted, it should be noted that the Surinamese society largely consists out of two main groups, being the Creole (African decent) and Hidustani (Indian decent). As the picture shows, Suriname is also a religious country, where christianity, hinduism and the islam cover over 75% of the religious population.

A very big upside to having a population with very diverse etnic background is the culaniry diversity that comes along. Dosi (Amerindian), Her Heri & Okro Bravu (Creole), Roti & Bara (Hindustani), Bami & Saoto (Javanese), Tjauw Min & Wonton (Chinese), Pom & Pastei (Jewish) and nowadays also the Libanese and Brazilian cuisine are all very common in the Suriname kitchen. However, choose wisely when searching for culinairy diversity as traditional dishes such as Rijst Kip, Rijst Pom, Moksi Alesi, Masoesa, Nasi and Sow Fan are completely different dishes for the locals, but are often all viewed as just Chicken and Rice by foreigners.

Nature
Suriname … where the Caribbean meets the Amazone! The beating heart of the Amazone! … While the South of Suriname is truly breathtaking, one does not have to search that deep into the jungle to find nature at its best, as the coastal area and the savanne have a lot to offer as well. With a national nature reserve of 1.6 mln acres and 720+ different bird species, Suriname is the place to be for nature tourists and birdwatchers.

While the locals generally take less pride in them than the aforementioned reasons, but you should also consider our:

Surinamese heritage finds its pride in two completely different ways. Firstly, it finds its pride in achievements on people with Surinamese roots, in the past inventors and more recently, sport stars and athletes. But second and foremost, Suriname finds its heritage in the remains of the colonial times. Since 2002, the inner city of Paramaribo has been inscripted as a UNESCO World Heritage Site and along the coastal area several more locations, where visitors can enjoy the rich colonial history of Suriname, can be identified.

PictureSuriname.com presents you with a daily image to remind you how beautiful the country that you live(d) and/or work(ed) in or (should) vacate to really is. You’re welcome!

Discover Suriname Tours & Consultancy
Your Touroperator for trips to the Interior of Suriname.